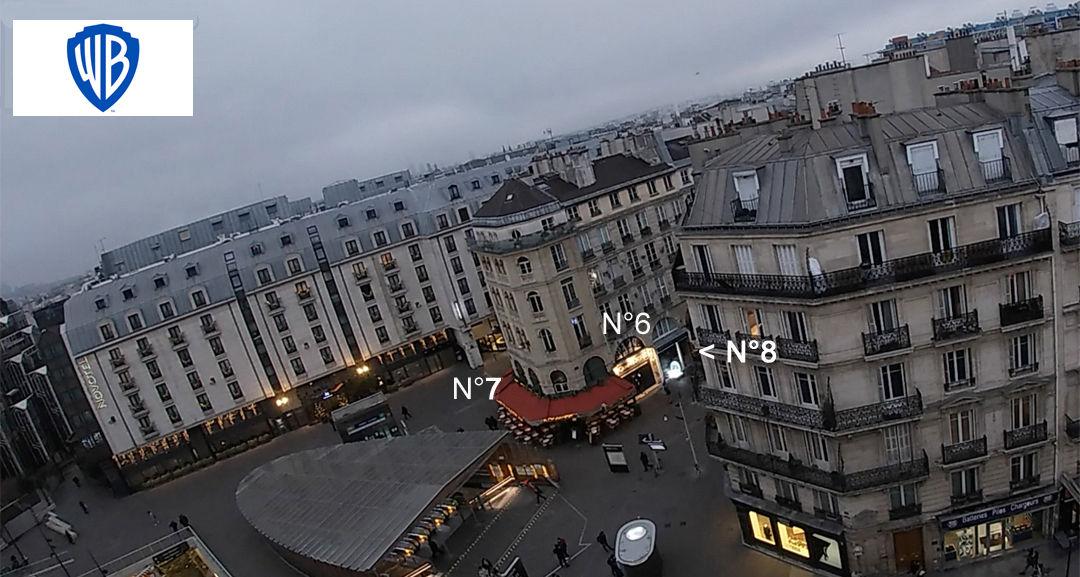 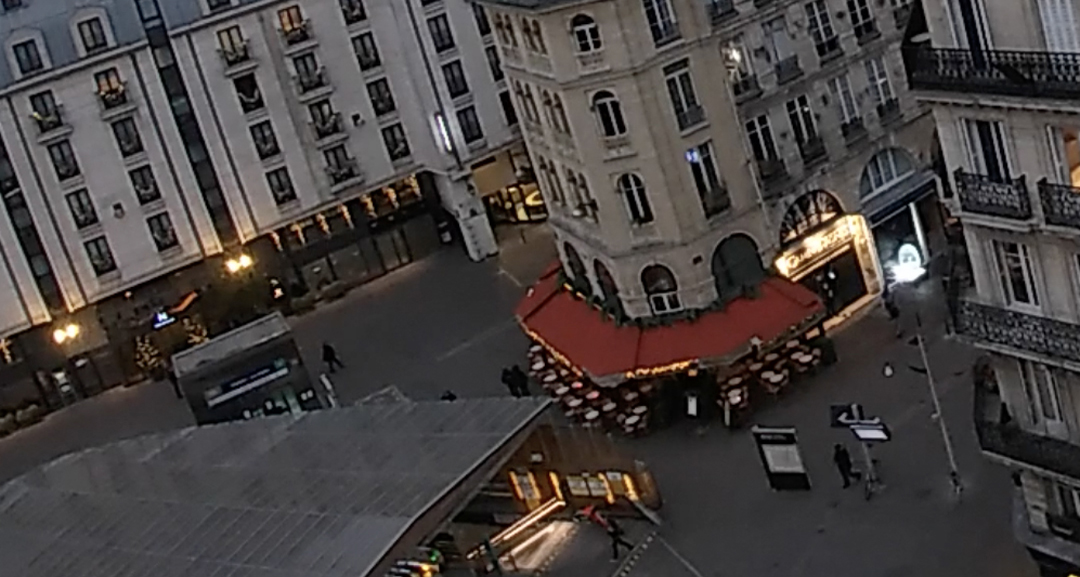 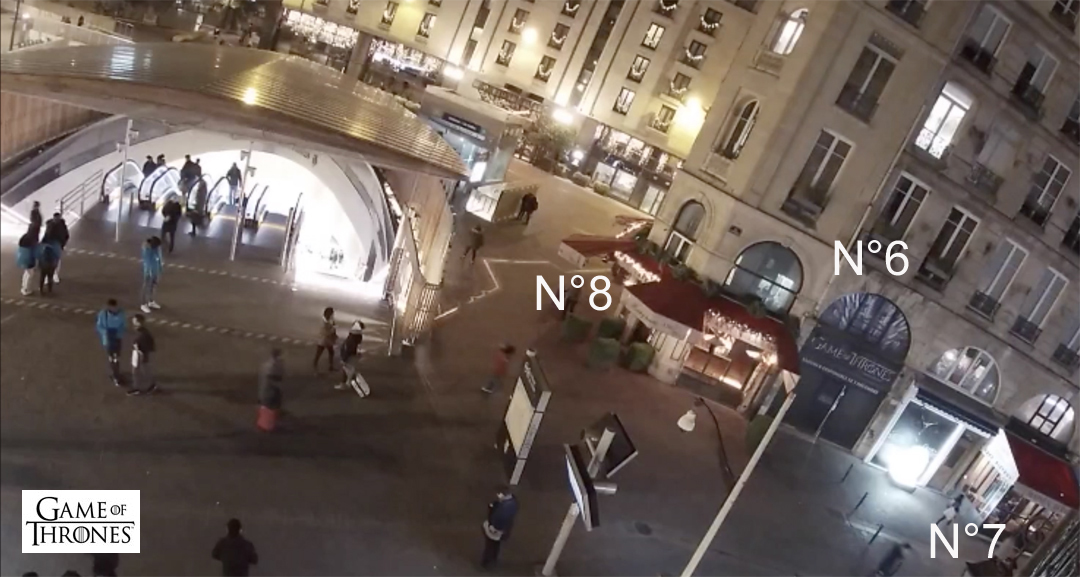 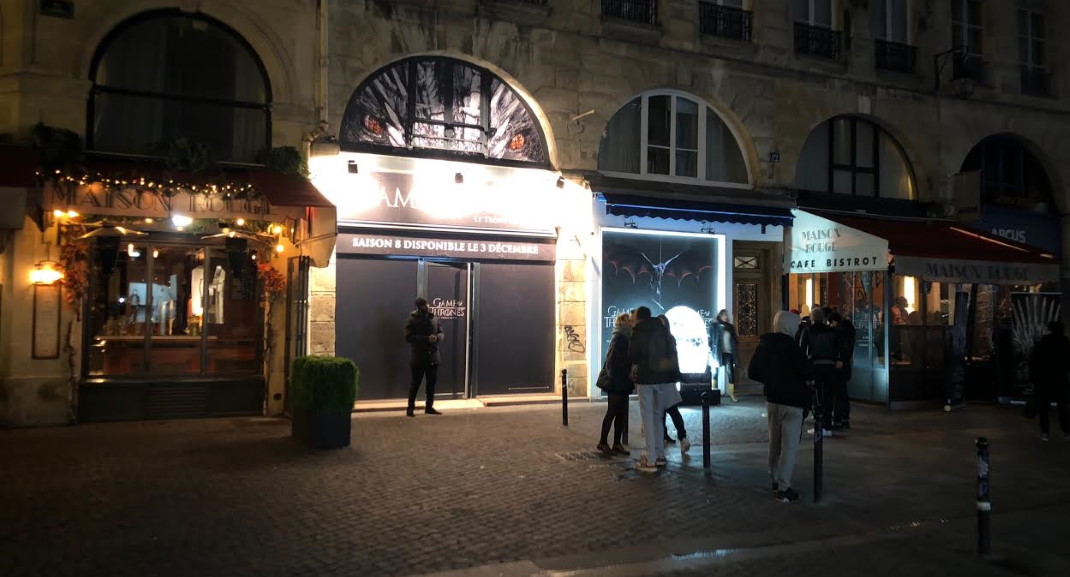 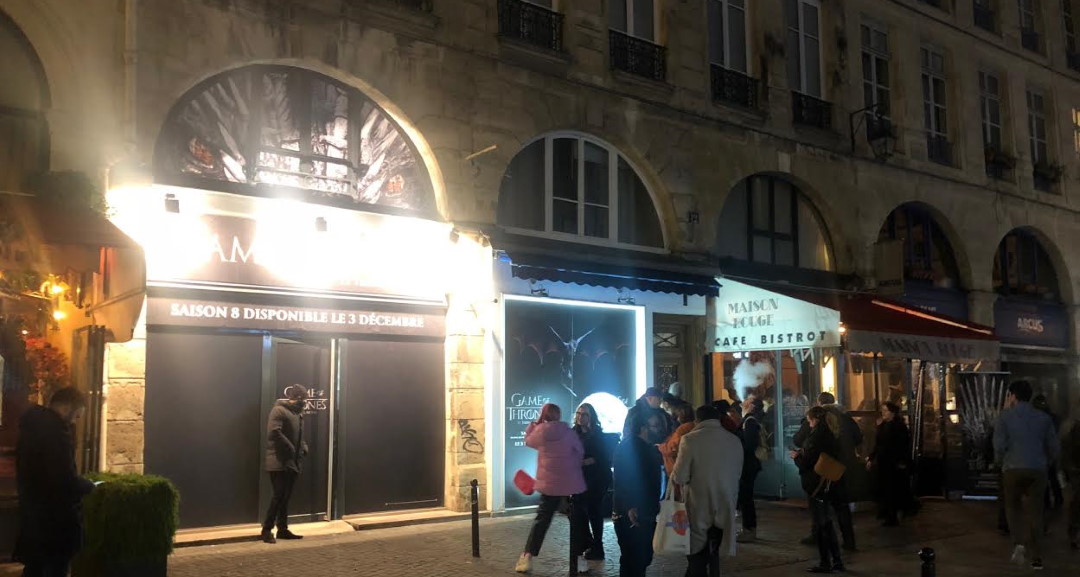 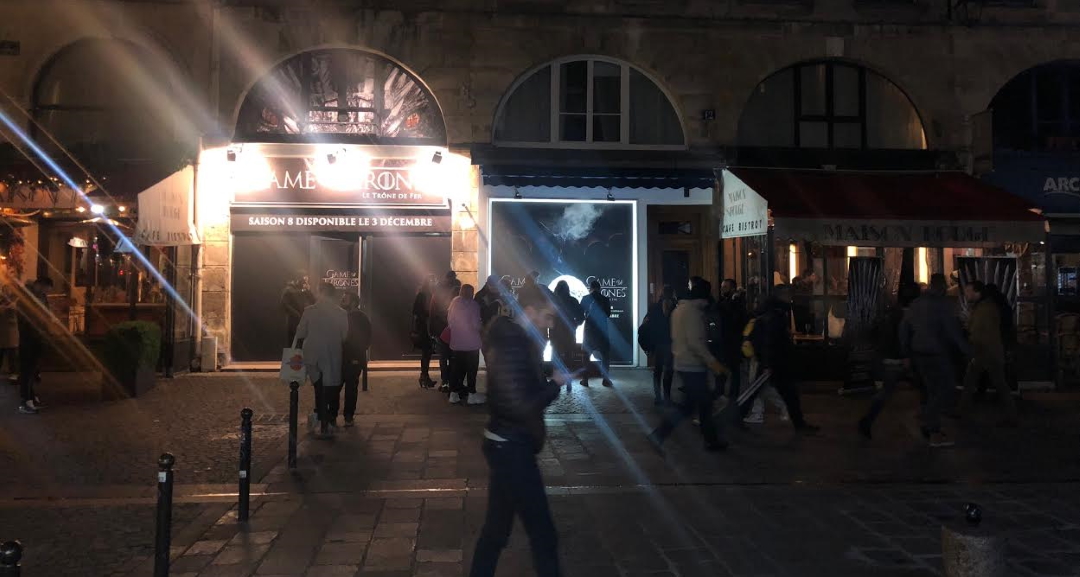 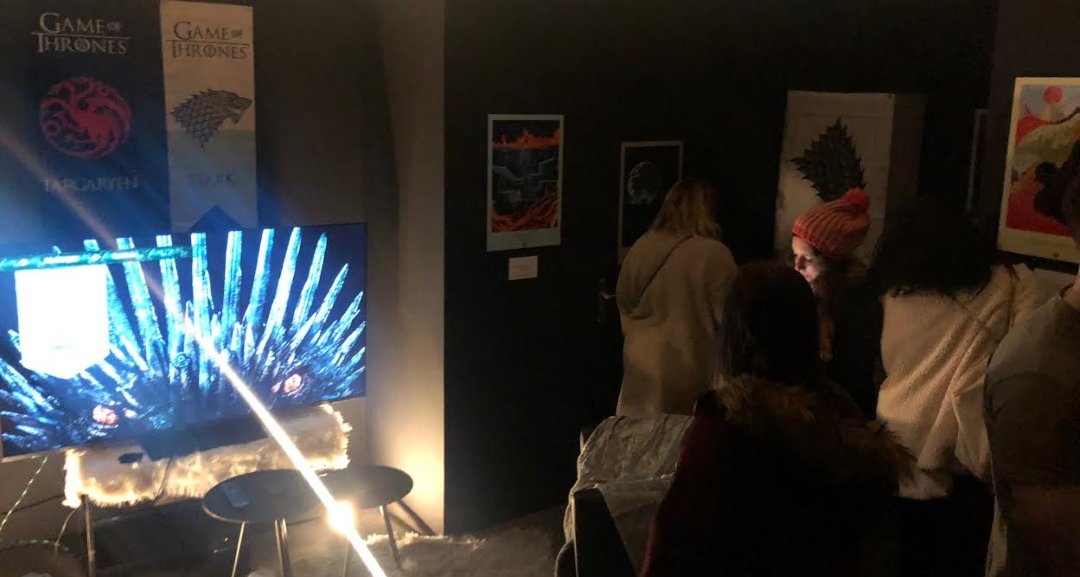 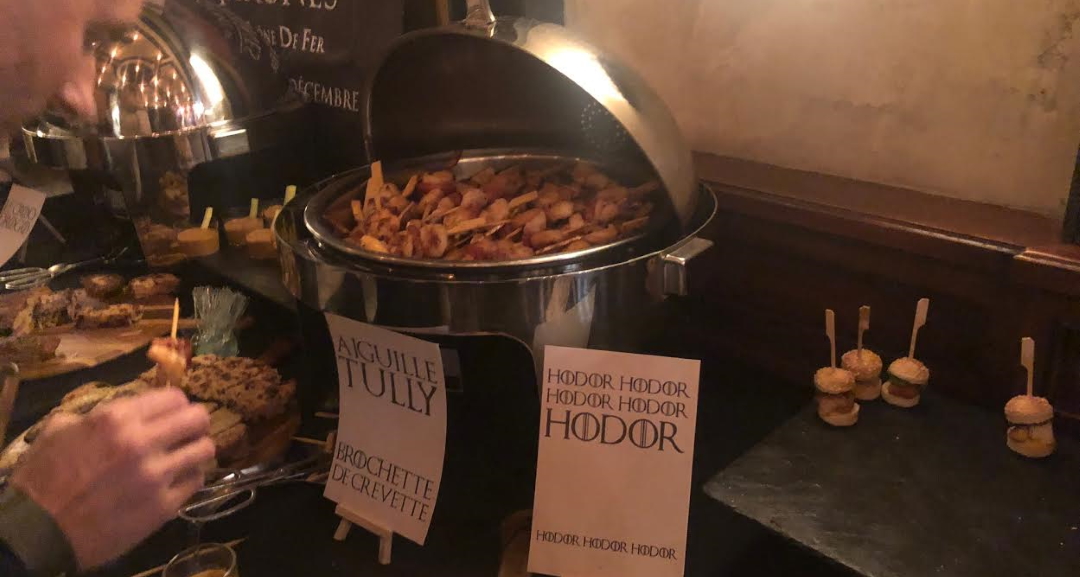 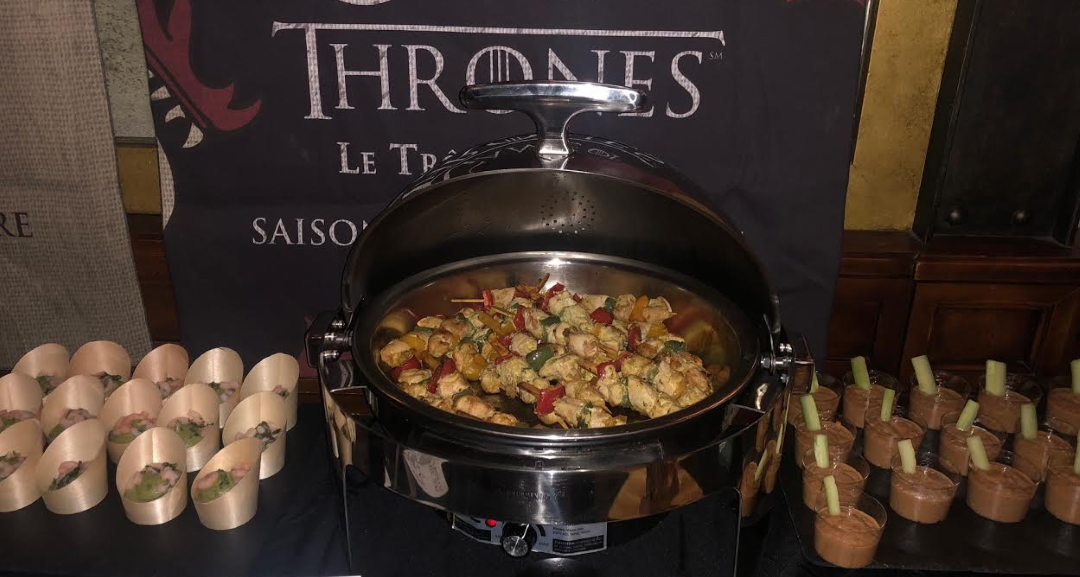 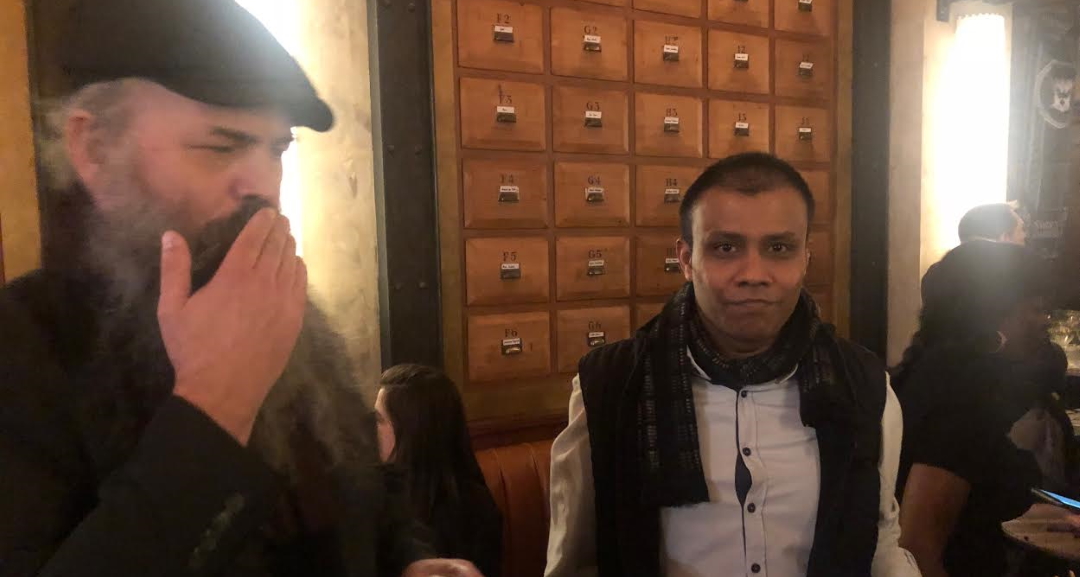 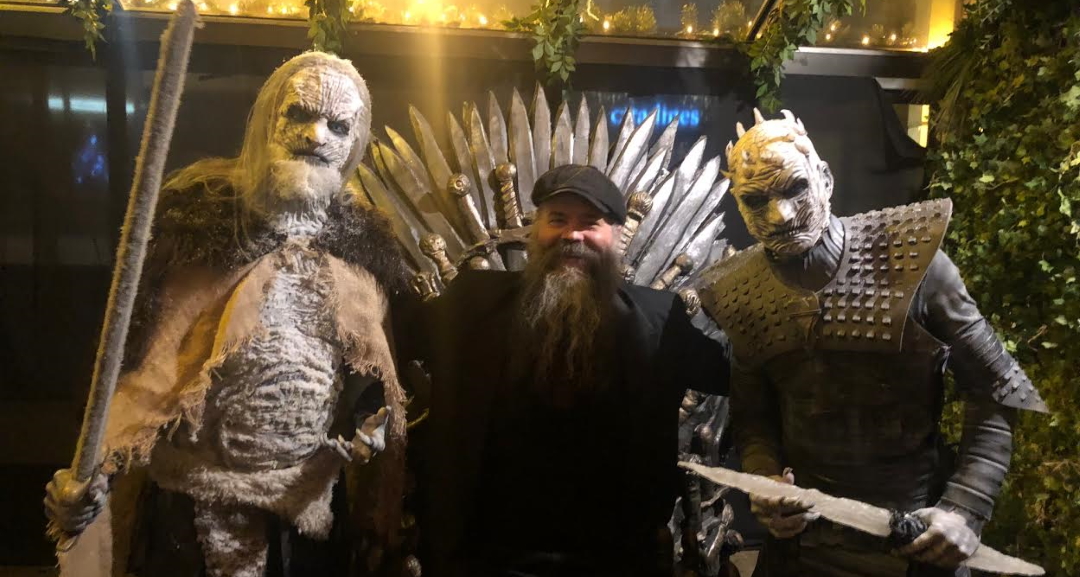 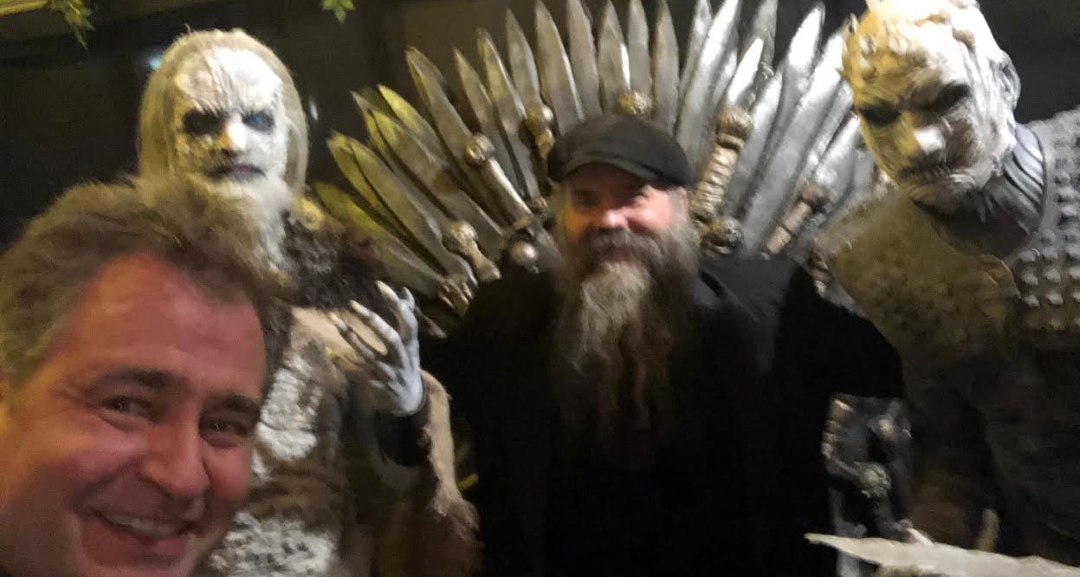 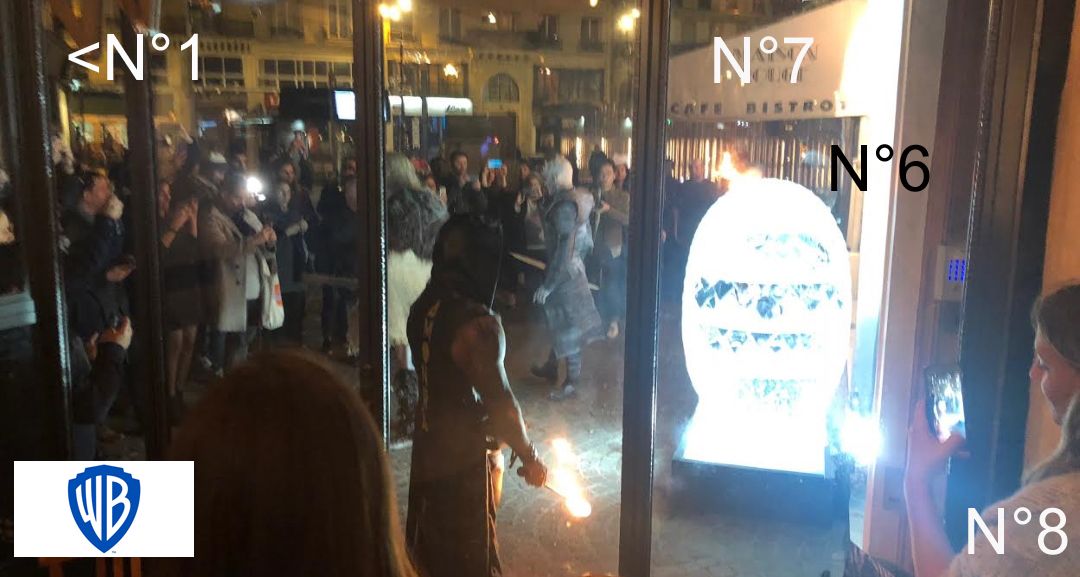 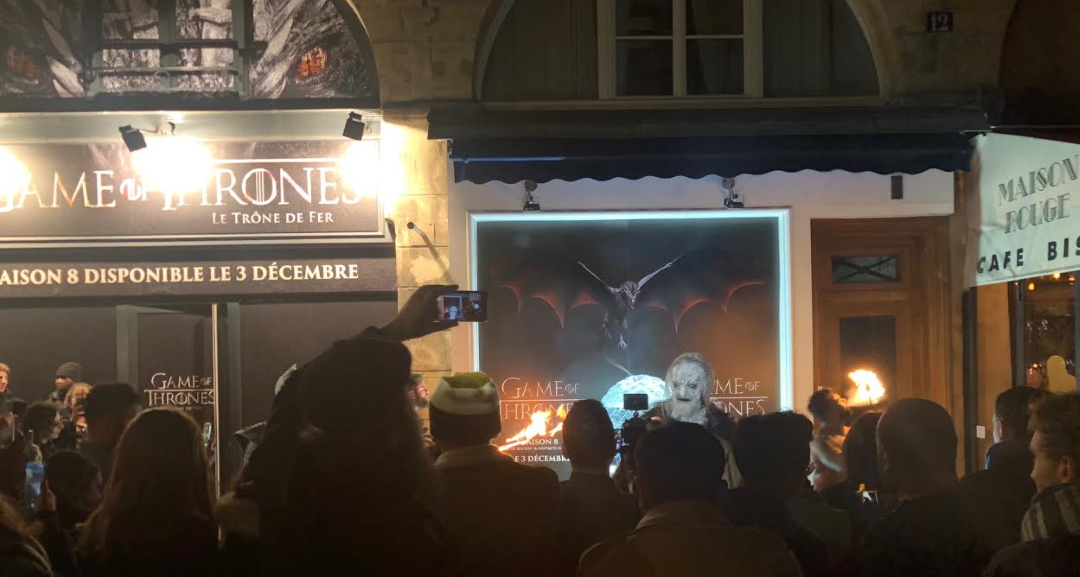 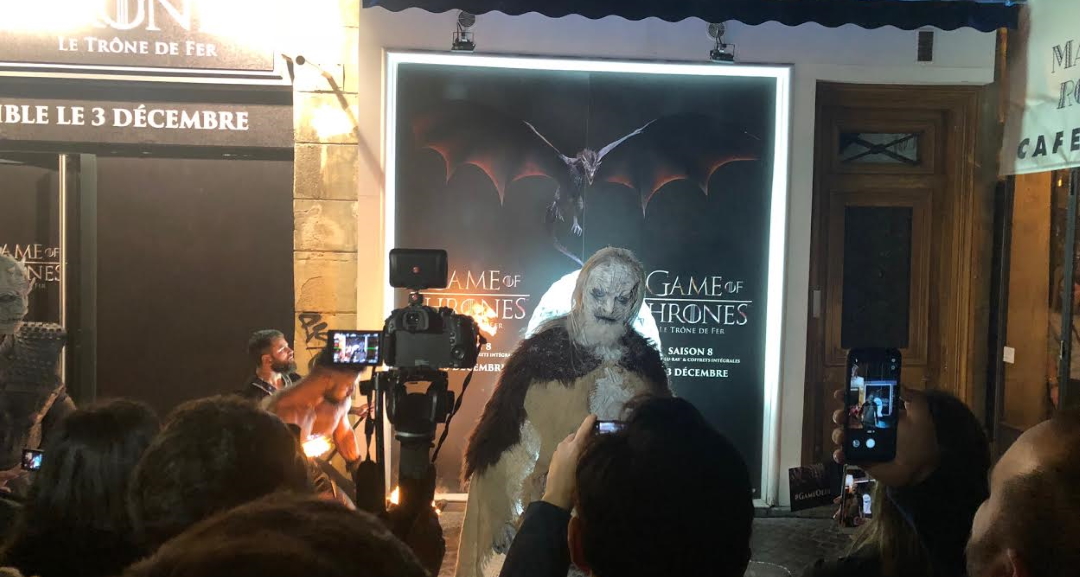 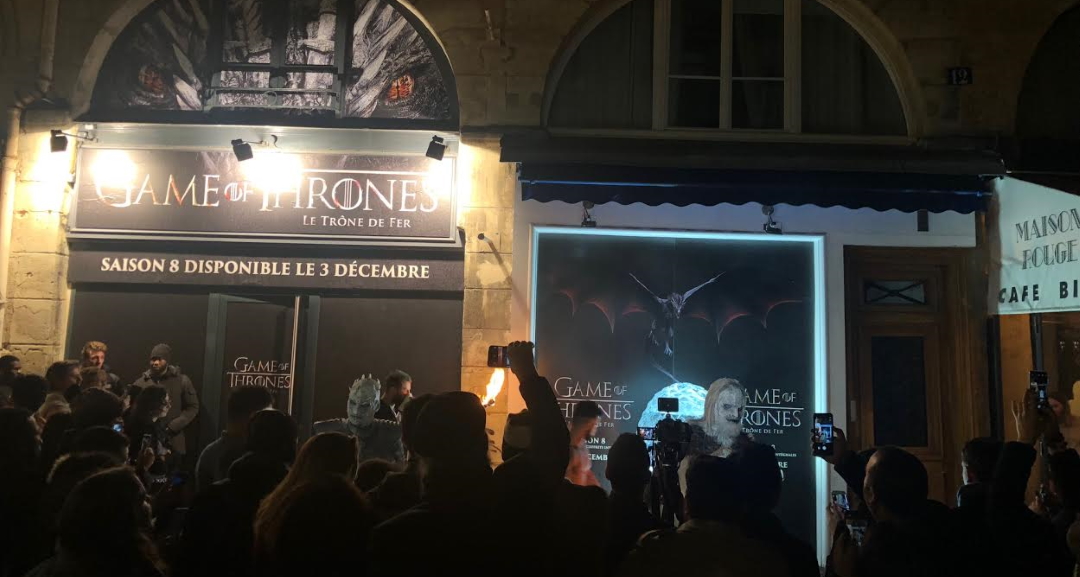 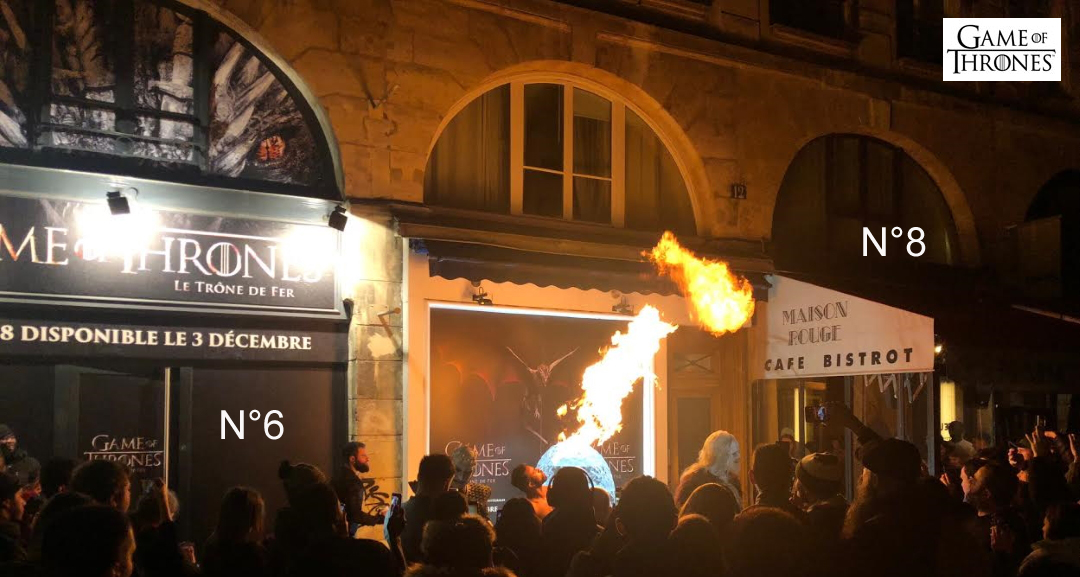 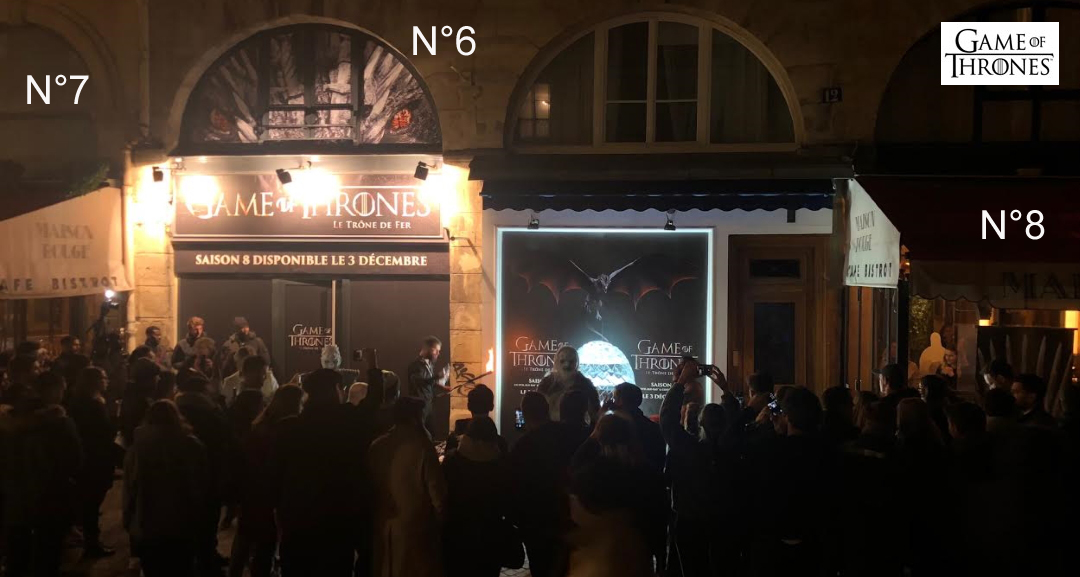 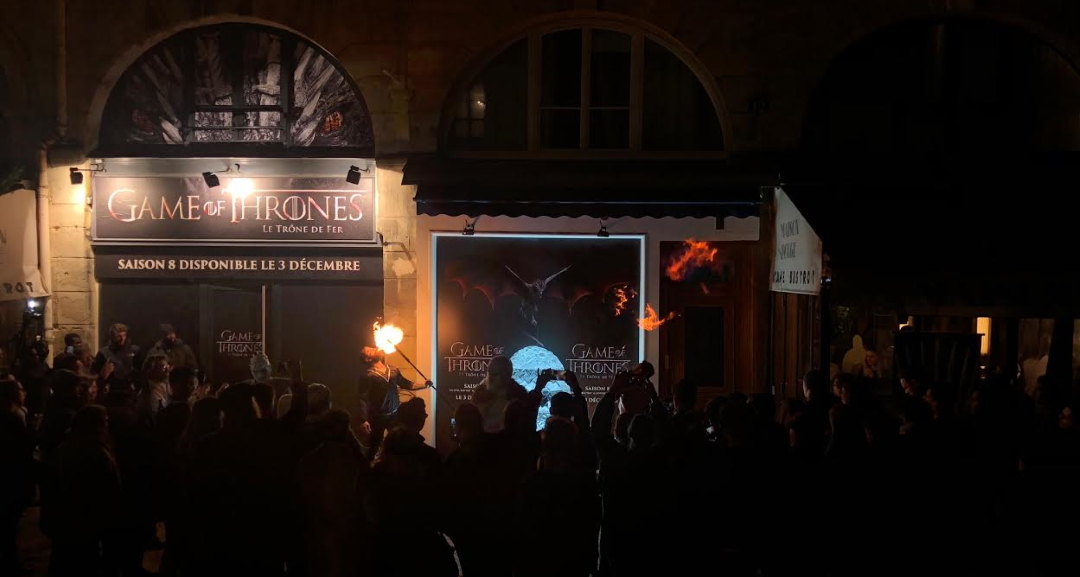 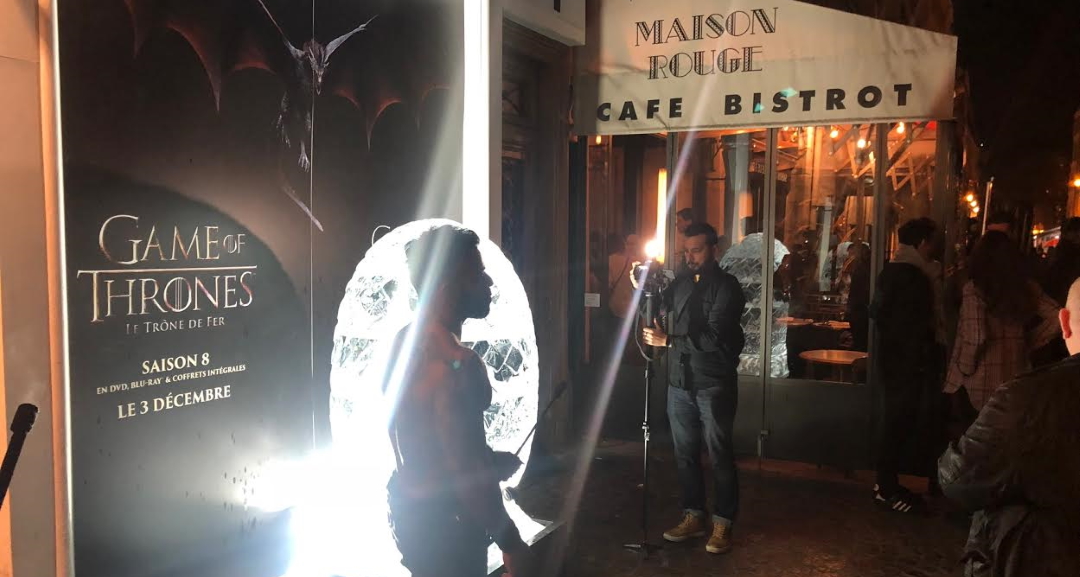 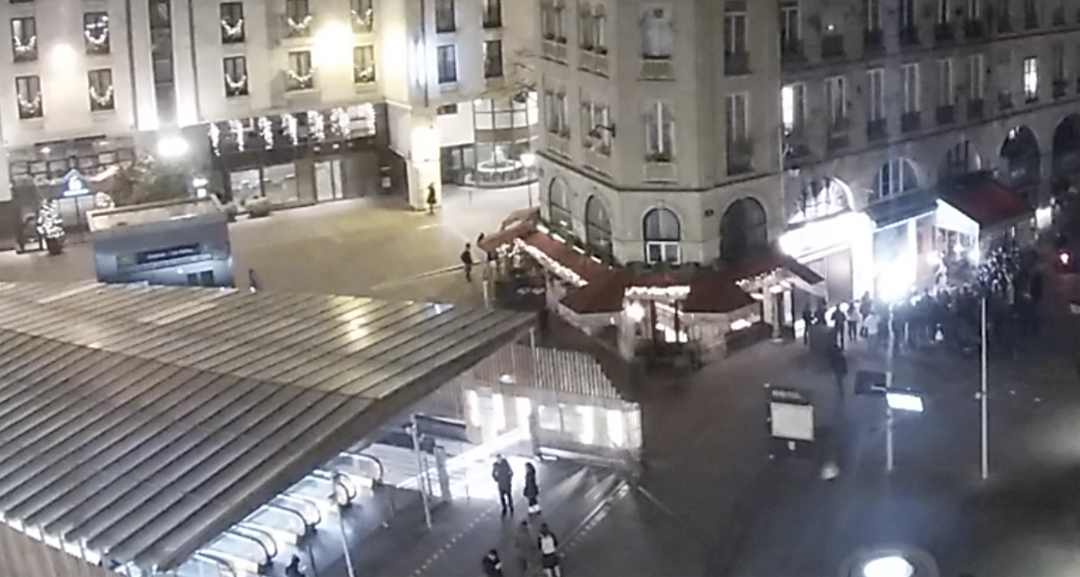 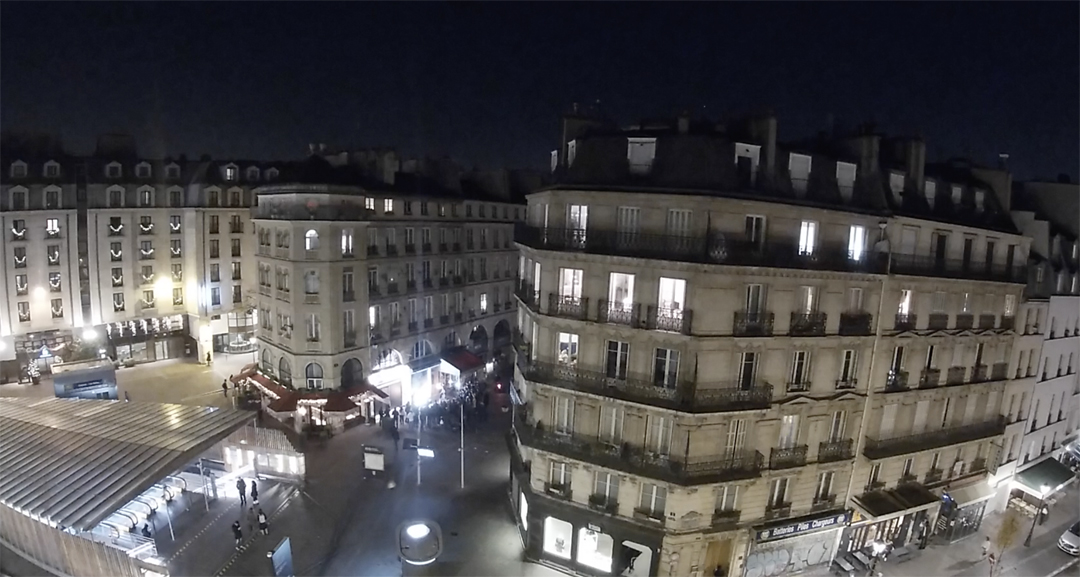 
The company's name originated from the founding Warner brothers Harry, Albert, Sam, and Jack Warner.
Harry, Albert and Sam emigrated as young children with their Polish Jewish parents to Canada, Jack, the youngest brother, was born in London, Ontario.
The three elder brothers began in the movie theater business

1900s : Sam and Albert Warner invested $150 to present Life of an American Fireman and The Great Train Robbery. They opened their first theater, the Cascade, in New Castle, Pennsylvania,
the Warners founded the Pittsburgh-based Duquesne Amusement & Supply Company
they were operating from a converted store in New Castle, Pennsylvania, which they named the Cascade Theatre

1918 : they opened the first Warner Brothers Studio on Sunset Boulevard in Hollywood.

1920s : In April 4, 1923 The Bros Warner they formally incorporated as Warner Bros. Pictures, Incorporated simply known as Warner Bros. and initialized as WB
Sam and Harry heard the first faint sounds of “talking pictures” in the New York offices of Bell Laboratories' parent company, Western Electric. Sam, installed the new sound equipment in their just-acquired Vitagraph Studios in Brooklyn.
the release of the world’s first “talkie,” (synchronized-sound feature film), “The Jazz Singer,” set a character of innovation that would become synonymous with the name Warner Bros.
The brothers bought The Stanley Company of America for its theatre chain, which included one-third ownership of First National Pictures.

1930s : Among the major films produced during the 1930s were:
“The Petrified Forest”
“The Public Enemy”
“A Midsummer Night’s Dream
“42nd Street,”
the latter earning the Studio its first Oscar for Best Picture in 1937.

1950s : brought
“A Streetcar Named Desire,”
“House of Wax” (in 3-D),
“A Star Is Born,”
“The High and the Mighty,”
“Dial 'M’ for Murder”….
The Warner Bros. Television story began in 1955 when the venerable Warner Bros. film studio made a bold move into what was then a fledgling new arena—television—with the debut of the western adventure “Cheyenne.”

1960s : Warner Bros. Pictures released such notable films as “Ocean’s Eleven,” “Splendor in the Grass,” “Gypsy,” “The Music Man,” “My Fair Lady” (the Studio’s third Best Picture Oscar), “The Great Race,” “Who’s Afraid of Virginia Woolf?,” “What Ever Happened to Baby Jane?,” “Bonnie and Clyde,” “Camelot,” “Cool Hand Luke” and “The Wild Bunch.”
On the television side, Warner Bros. Television debuted such hits as “F Troop” and “The FBI.” In 1967, an aging Jack Warner sold the Studio to Elliot and Ken Hyman, and it was renamed Warner Bros.-Seven Arts. In November of the same year, Albert Warner died at the age of 83.

1970s : saw the release of such landmark films as “Woodstock,” “A Clockwork Orange,” “Klute,” “Dirty Harry,” “What’s Up, Doc?,” “The Exorcist,” “Blazing Saddles,” “Mame,” “Barry Lyndon,” “Dog Day Afternoon,” “All the President’s Men,” “The Outlaw Josey Wales,” “Oh, God!,” “The Goodbye Girl,” a remake of “A Star Is Born” and “Superman.” And, in the television arena, such hits as “Kung Fu,” “Harry O,” “Alice,” “Chico and the Man,” “Wonder Woman,” “Welcome Back, Kotter” and “The Dukes of Hazzard” made their debuts.
The ’70s also saw the rise of a new genre of television programming—the miniseries—in which the Studio established an almost unequaled record of excellence from the start.

1980s : Beginning in December of 1980, under the new leadership of Robert A. Daly and Terry Semel, Warner Bros. made artistic and box-office history with such films as the Academy Award-winning “Chariots of Fire,” “The Right Stuff,” “The Killing Fields,” “The Color Purple,” “The Mission,” “The Accidental Tourist,” “Dangerous Liaisons,” the “Police Academy” films, “Arthur,”“Private Benjamin,” “The World According to Garp,” the “National Lampoon’s Vacation” movies, “Empire of the Sun,” “Full Metal Jacket,” “The Witches of Eastwick,” “Stand and Deliver” and “Bird,” as well as such worldwide phenomena as “Superman II,” “Superman III,” “Lethal Weapon,” “Lethal Weapon 2” and “Batman” (which spawned one of the most lucrative franchises in movie history and the establishment of Warner Bros. Consumer Products). In the ’80s, Warner Bros. Television launched some of its most-popular and most-acclaimed programming ever, including “Murphy Brown,” “Life Goes On,” “China Beach,” “Growing Pains,” “Spenser: For Hire,” “Scarecrow and Mrs. King” and “Head of the Class.”
1990s : merger of Warner Communications, Inc. and Time Inc. to form Time Warner, Inc., one of the world’s largest communications and entertainment companies.

2004 : was a history-making year for the Studio. Warner Bros. Pictures had its most successful year ever, with $3.41 billion in worldwide box office

2009 : Warner Bros. had a record-breaking worldwide box office of $4.01 billion.
2010 : the Warner Bros. Pictures Group broke the all-time industry worldwide box office record with receipts of $4.814 billion.
Warner Bros. Home Entertainment was, once again, the industry’s leader, with 17 percent market share, and was number one in the overall sell-through and electronic sell-through categories.
In 2018, Warner Bros. continued its year-on-year growth, delivering its best year ever. Warner Bros. Pictures Group celebrated its biggest year ever with over $5.57 billion in worldwide receipts
To date, Warner Bros. remains the only studio to cross the $1 billion mark both domestically and internationally 18 years in a row—an industry record.