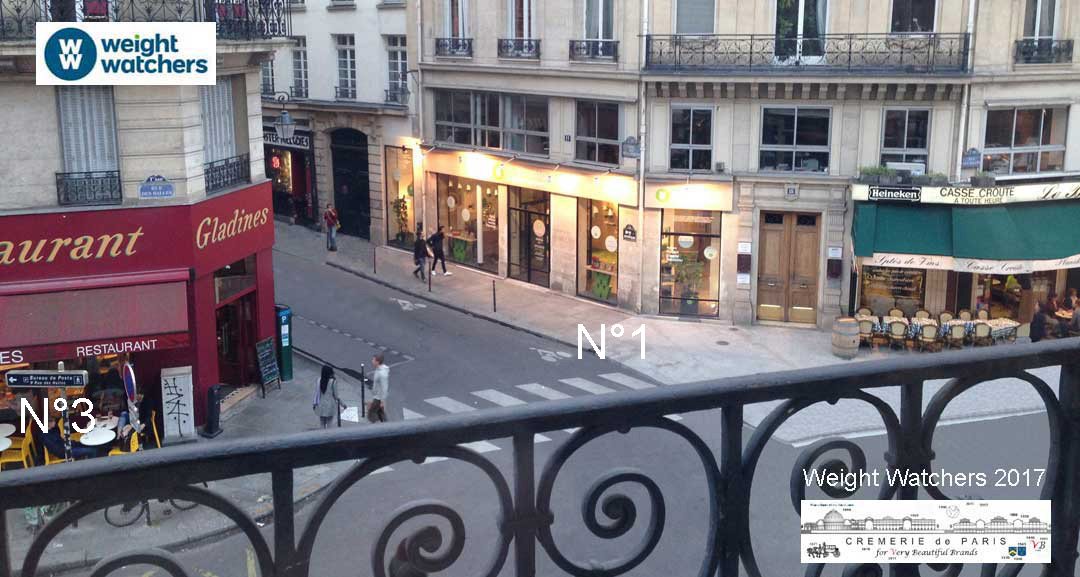 1961 : The story begun In September 1961an overweight woman from Queens, New York, called a group of friends over to her house and confessed that eating cookies was her obsession a 5'7" 38-year-old woman who weighed 214 pounds Her name was Jean Nidetch.
Jean Nidetchwas an American business entrepreneur,the wife of a bus driver a very simple Woman.
The first Weight Watchers meetings were held over a pizza shop. The owner couldn't figure out why the hundreds of people lining up outside never bought anything. Nidetch worked with him to create a Weight Watchers milkshake that became a bestseller.
Nidetch's frustration led her to try something new in 1961. She decided to combine a sensible diet with group support meetings after she solicited several fat friends to go on a diet and to meet for weekly check-ins. Within two months, 40 women were meeting to talk about their progress and keep each other accountable for what they ate.

1962 : Nidetch stayed on her program, lost 72 pounds by October 1962, and attracted, by word-of-mouth, hundreds of people who wanted to join the group.

1963 : Nidetch made it her mission to motivate others. She incorporated Weight Watchers in 1963, developed rules for members, recruited group leaders, and watched her business thrive.

1973 : Weight Watchers held its 15th anniversary celebration in Madison Square Garden in New York City.
Nidetch decided to resign from her position as president of Weight Watchers to devote herself entirely to public relations.

1979 : Dr.Henery Sebrell retired from that post to become director of the Weight Watchers Foundation.

1982 : The Weight Watchers brand name food items switched from aluminum-tray to fiberboard packaging and introduced one of the world's first lines of microwaveable frozen food entrees.

1983 : Berger became CEO of Weight Watchers International and, along with Andrew Barrett and Dr. Les Parducci, laid the foundation for a brand new weight loss diet.

1986 : Weight Watchers Magazine had a circulation had increased to more than one million.

1988 : The company's desserts had a larger market share than Sara Lee and Lean Cuisine

1991 : Brian Ruder, a vice-president in marketing at Heinz, was hired as the president of a newly reconstituted Weight Watchers Food Company

1997 : 1-2-3 Success Program, the first points system which assigned values to foods based primarily on their caloric value.

2000 : Winning Points, a more individualized points system that did not have any food exclusions and included adjustments for physical activity.

2004 : Turnaround Program, which gave participants a choice of either the Core Program (a non-points based plan with a list of compliant vs. non-compliant foods) or The Flex Plan (a points plan that allowed eating anything as long as it was within the daily points allowance).

2008 : Momentum Plan, a crossover between the Core and Flex plans that was point-based but emphasized a list of filling foods.

2010 : PointsPlus Plan, an overhaul of all the previous plans. This attempted to address the fact that although an apple and a handful of potato chips may have the same calories, they are not nutritionally equal. The new points system took into account factors like fat, protein, carbohydrates, and fiber.

2015 : SmartPoints Plan, an update to PointsPlus that also emphasized exercise with FitPoints.

2017 : WW Freestyle, a plan that expands SmartPoints zero point foods (which don't need to be tracked) to include things like lean proteins. This is the plan currently used today.